From a distance, the snow patch looks brilliant white, but up close it’s pitted with gray stones and grit from the cliffs above. Iain Cameron, a snowhunter, was thrilled to find this little piece in October, despite its grimy appearance.

He puts down his bag and pulls out a large measuring stick. He estimates the area is only 30 by 20 metres in size, and it is only a few meters thick. Although it is small, it will be the last snow patch in the UK and Scotland in 2021.

Aonach Beag is located near the Highland west coast, close to Ben Nevis, the highest mountain in the UK. The longest-lasting snow patches in the Scotland are all in the Ben Nevis area or in the high, rounded Cairngorm Mountains, 70 kilometers (43 miles) to the east. 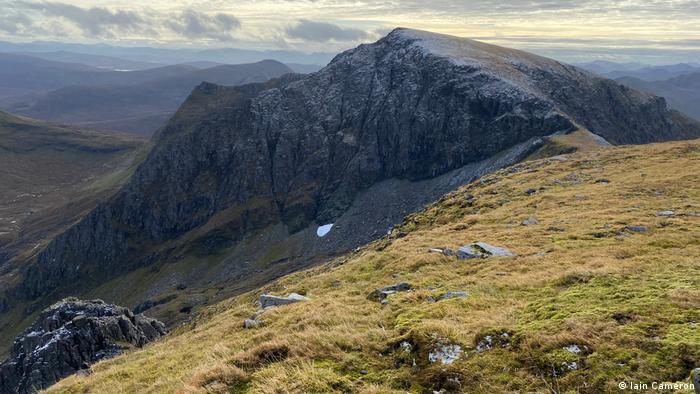 The last year-round snowfall in Scotland. These patches are an indicator that the Highlands are changing in temperature.

The first recorded disappearance of all snow in the Scottish mountains was in 1933 and, since then, a disturbing pattern has emerged, says Cameron.

He says, “The snow disappeared completely again in 1959, then it went again in 1996, 2003 and 2006, and it almost melted in 2019 too.” “It doesn’t take a genius or a meteorologist to see that the rate at which snow disappears is increasing, and climatologists tell me this is due to climate change.”

Cameron, a hardy hillwalker and, by profession, a health and safety adviser, is Scotland’s unofficial chief snow-patch expert. When he first saw one, the 48-year old was captivated by it.

He’s part a small group of skiers, mountaineers, and walkers that hunt snow patches. They monitor them every summer and autumn. They’re all amateurs driven by a love of snow and a desire to quantify the changes they see in the mountain climate.

Cameron, who has written, says, “It’s fascinating and important to keep the record.” A book on this topic. “It gives you a sense of purpose as you head out into hills.”

Climbers from the Scottish Mountaineering Club used snow patches to track their progress in the 19th and 20th centuries. In the 1940s, scientific research began on the patches. For the past 25 years, data collected by Cameron and other friends has been submitted for publication to the Royal Meteorological Society of the UK. Annual paperCheck out the results.

The snow patches in Scotland are a sign of temperature changes in the mountain regions. These areas are part of the 17-18 million square miles of Earth that are covered in snow each winter. Its white exterior reflects sunlight, cooling the planet. The melting keeps rivers’ levels at their lowest even in dry conditions, while the icy meltwater keeps them chilled.

Scotland’s mountains don’t have any permanent snowfields nor glaciers. However, a few patches of snow survive each winter. The spring and summer snowmelt cools rivers like the Spey, which is famous for its salmon. Because of the lower snow cover, the river is already warmer. Salmon and other fish Trout reproduce less wellWarmer water. 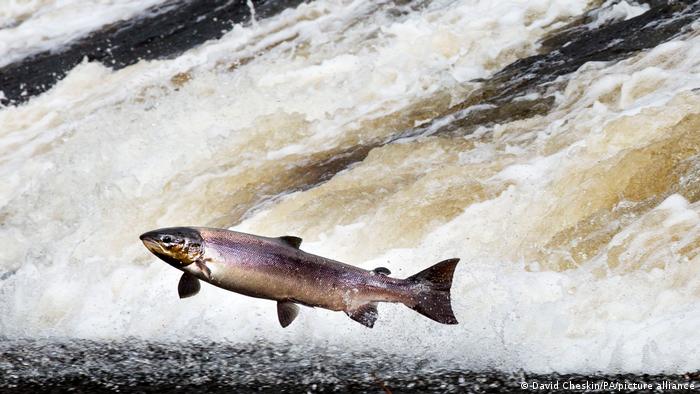 Warmer waters can affect the reproduction ability of salmon and trout, for which Scotland is famous.

A study by Mike Spencer, a statistician at Edinburgh University, found that the snow cover in Cairngorm Mountain has declined over 35 winters. This was based on other data from many decades. He believes that by 2080, the Cairngorms may have winters. Without any substantial snow cover at all.

Citizenship is an ‘Invaluable” field

Helen Rennie, a 68-year-old snow hunter from Inverness is another. She started visiting the ever shrinking patches after setting a remarkable record for skiing in Scotland every month for 10 years.

She had planned to start in 2006, but was diagnosed with cancer that year. She recovered, and, undeterred, started her record-breaking run in 2009, with only the COVID pandemic stopping her.

She still climbs up on the patches when she is able. She says, “The snow must build up over the years for the patches be substantial and last.” “There are so many variables with snow patches: the direction the snow comes from; the weather after the snow has fallen; if you get many freeze-thaw cycles that solidify the snow into ice. It will remain soft and fluffy if it is constantly cold. 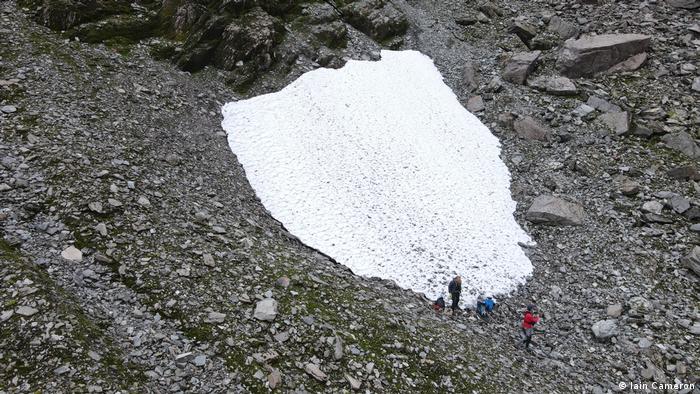 Cameron and Rennie, snow hunters, say they feel an emotional attachment to the Highlands.

Alex Priestley, a snow scientist at Edinburgh University, studies how snow melts and how it affects the snowpack in Scotland. Satellite images of Scotland’s mountains are often obscured by clouds, so they are not useful for snow-cover studies. This makes data from snow hunters like Cameron and Rennie invaluable.

Priestley states, “To understand the effects of our changing climate on these remote places is really important because a lot of biodiversity depends upon it.”

Priestley explains how Scotland is home for animal species such as the dotterel bird that are living beyond their natural range.

“If they were in Alps, they would only climb the mountain a few hundred metres if it got warm, to get back into their comfort zone. They run out of mountain in Scotland, however, if they live at 1,200m. 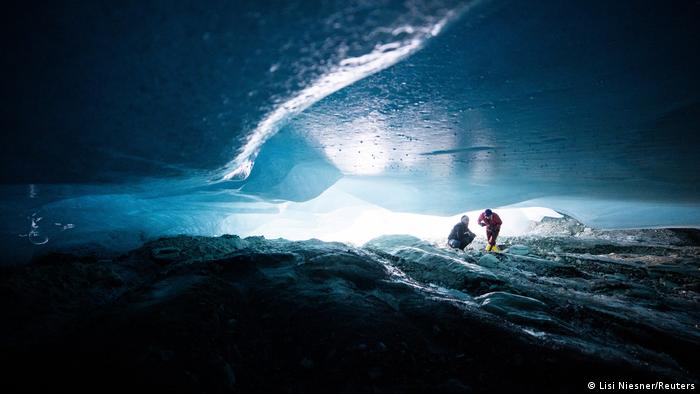 Glaciologists in Austria explore a glacier cave. Temperatures in rivers are affected by receding glaciers, earlier snow melts, and other factors such as melting glaciers.

He suggests that detailed snow-patch data can serve as a proxy for changes to general snow cover, and how they correlate with changes in wildlife behavior.

“These human observations are a long-time sequence of observations of very distant places. The fact that we can get them is incredible because they’re so hard to obtain in other ways.

A cold storm front sweeps through Highlands in late November. The Aonach Betag patch had melted down to about 15 meters, but it is now covered in snow. At least this year will be the first one in which snow survived.

It’s a relief, especially for the snow hunters who had been worried about another year of total losses. Cameron knows that these years will be more frequent.

Cameron states, “As someone that visits these places, and has done so for decades now, when I go back to a particular place time after time, I get to know it intimately… I have this irrational attachment to it.”

“The people who do it will all feel the same thing, and it’s a sad feeling… an emotional experience as it is a scientific one.”