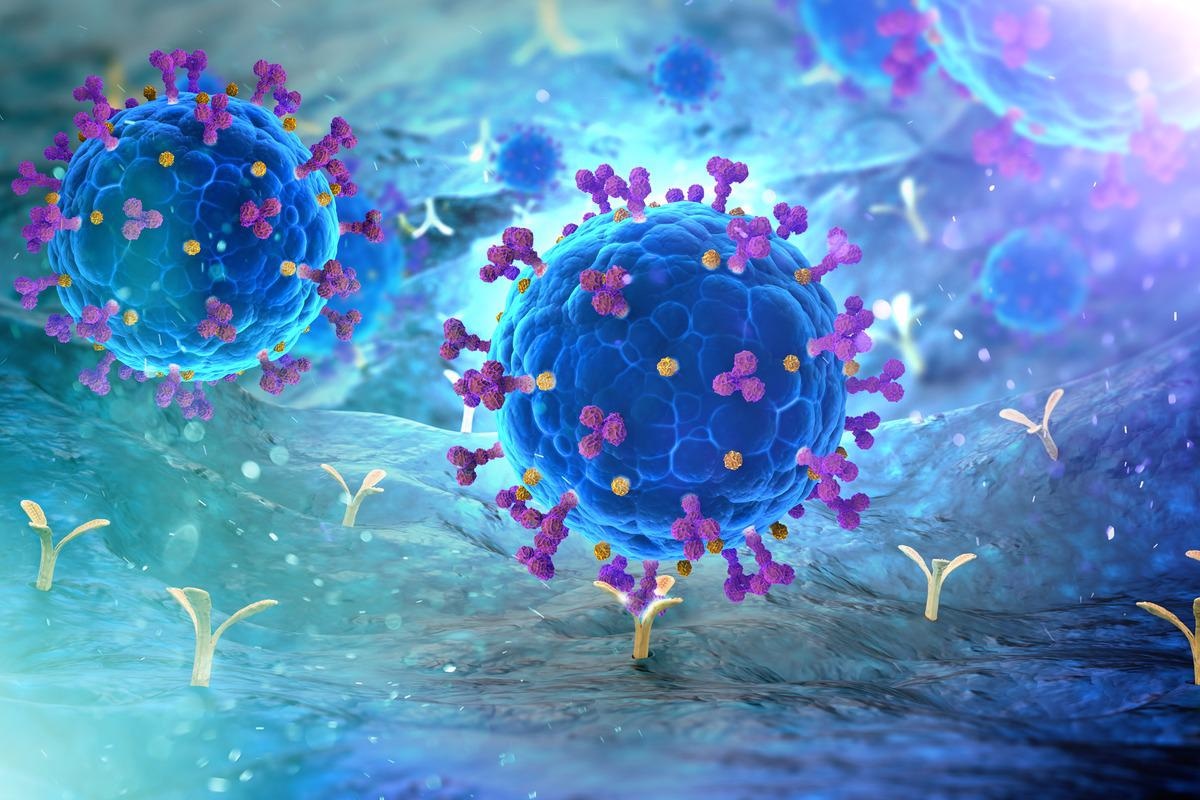 Structural analysis and molecular dynamics simulations have previously revealed that the hydrophobic residues at the angiotensin-converting enzyme 2 (ACE2) surfaces contribute significantly to the strength of its binding to SARS-CoV-2 S protein.

Food processing facilities, such as meat processing plants, typically maintain high humidity and temperatures below 12°C. These conditions, combined with high levels of fat particles in the atmosphere, could lead to SARS-CoV-2 attachments to surfaces in these facilities. Iowa’s study found that one SARS/CoV-2-infected individual at a meatpacking factory led to unrestrained spread throughout the meat facility, and in 13 cities nearby.

The researchers examined the effects of temperature, fatty acid, and protein concentration on S protein and RBD binding behavior of SARS-CoV-2. The binding curves were compared to the local model by the ForteBio BLItz Pro 1.3 Software.

They also performed bio-layer interaction (BLI), which was used to analyze each prepared sample of S protein and RBD from SARS-CoV-2, when they were exposed to different substances or temperatures. The personal assay BLItz system combined with aminopropylsilane biosensors (APS) was used.

The calculated rates of S protein and RBD association and dissociation were validated by molecular dynamics simulation. These calculations are displayed in ForteBio’s BLItz Pro 1.3 Software.

Each sample was analyzed by the BLI at minimum twice by the researchers to ensure reproducibility. They also used APS biosensors and phosphate buffered saline (PBS), in the same way before each experiment to serve as the reference correction.

The results showed that three environmental conditions were conducive to the attachment of the purified S protein and its receptor-binding domain to hydrophobic surfaces – high ionic concentration, presence of hydrophobic fatty acids, and low temperature. Exposing the S protein to a wide range of temperatures from 0 °C to 25 °C within one hour resulted in S protein detachment, suggesting that freezing induced structural changes in the S protein that affected its binding kinetics, and S recovered only at a higher temperature later.

Researchers were able to simulate the sudden temperature drop in meat processing plants by using such conditions. In these facilities, breakrooms have warmer temperatures of 25 °C, and the chiller or fabrication rooms usually have temperatures below 12 °C due to the presence of dry ice containers to keep the products safe during processing. SARS-CoV-2 is dispersed via aerosols. This means that there is a chance that it could be transported with the airflow through these openings, potentially increasing the risk of SARS-CoV-2-related infection among workers.

RBD showed lower dissociation abilities than the full-length S trier protein in all conditions. This indicates that RBD was more adept at attaching to hydrophobic surfaces than it was while it was within the S protein. MD simulation revealed that RBD’s hydrophobic surface area was significantly increased by the presence of fatty acids molecules, which alters its binding ability.

Overall, the environment conditions in meat processing plants, including low temperature and high humidity, and the presence of fatty acid, enhanced the binding of SARS-CoV-2 on hydrophobic surfaces. It was impossible to remove the virus by standard sanitation procedures such ventilation and hosing. Moreover, the enhanced attachment of the virus to equipment surfaces and workers’ clothes imposed higher risks of contact transmission.

A second factor that contributed to higher SARS-2 transmission in meat processing plants was the presence fat particles in the atmosphere. These fat aerosols, which adhered strongly to SARS-2 S protein, traveled a greater distance and increased the chance of airborne SARS-2 transmission.

Based on the study results, the authors recommended several modifications that would improve the environmental conditions at food processing facilities to protect public health and safety.

Researchers recommended that meat processing plants change their sanitation and cleaning practices. They suggested changing how they heat floors and workbenches, hosing them with warm water, and increasing ventilation to lower humidity. These measures could increase the likelihood of SARS-CoV-2 elimination in these facilities, and improve the efficiency of sanitization procedures. This would create a safer environment for workers.

Future research should examine the binding kinetics of the SARS-CoV-2 S proteins under higher S protein concentrations and intermediate temperatures between 0 °C and 37 °C.

A Healthy Democracy is Essential for Environmental Justice

The UK’s nearsightedness epidemic is driven by environmental risk factors

India’s wheat was helping to ease the crisis. The government banned exports