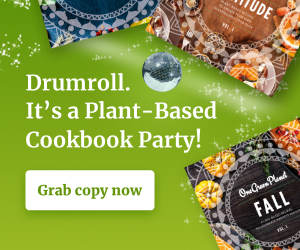 The year was a mixed bag for the environment in many ways. While we have made some progress in some areas, we are not making any headway in others.

The COP26 was held this year, which produced a few promising changes among some of the world’s leaders. However, important environmental topics such as the effects of animal agriculture on climate change are still not being discussed enough.

Despite that, there were some great animal and environment documentaries, movies, and series that were released this past year. They all contributed to raising awareness and bringing attention to important environmental issues.

EarthshotThis series consists of five episodes, with each episode focusing upon a different environmental problem facing the planet. These challenges include restoring nature and cleaning our air, restoring the oceans, fixing the climate, and building a waste-free planet.

Each episode focuses on a specific issue in great detail. This helps viewers to better understand the importance and necessity of change.

This series on climate change is a must-see if you want to understand the problems facing the earth and humanity.

Ali Tabrizi directed and stars in this film. SeaspiracyThis documentary is stunning and shows the environmental impact of the fishing sector.

The documentary advocates for the end of commercial fishing in order to save the world’s most precious oceans as well as the marine species that live within them.

3. Extinction by Eating Our Way

Extinction by Eating Our WayThis film stars some of the most famous figures in the world, including Kate Winslet (Titanic star),

The film focuses on some of the most pressing health and environmental issues of our times. It demonstrates the harm that our diets can do to the planet and our bodies.

The Dark HobbyTake a closer look at aquarium trading and the terrible damage it does to marine life and reefs.

It follows the journeys conservationists, elders, and scientists from Hawaii as they try to save the reefs and fish as well raise awareness about the destruction caused by the aquarium trading. They even go so far as filing a lawsuit against Hawaii to hold them responsible for the environmental damage they caused by trapping fish for trade.

AlunaThis documentary follows the Kogi tribe as it travels with an aging British filmmaker to discover the connections we have to the natural world.

The film mostly documents Tony’s deep conversations with Lynn about climate change, nature’s beauty, and how Earth can still be saved.

7. The Race to Save the World

The Race to Save the WorldThis documentary documents the journey of young climate activists who are very aware of the growing threat facing humanity.

It focuses primarily on these young activists who are actively trying climate change reverse, doing so at any cost. IT documents their passion and endurance as they put themselves at risk to try to make change before it is too late.

A Perfect PlanetDavid Attenborough created another docuseries that showcases the beauty of nature. It explores the perfect way all aspects work together to make nature thrive.

This amazing docuseries showcases some of the most remarkable aspects of nature.

9. The Hidden Life of Trees

Peter Wohlleben is a well-known forester and author who features in this remarkable movie about the life of trees.

As the title suggests: The Hidden Life of TreesThe hidden life of the trees around you is revealed, showing their life, death and regeneration.

Peter discusses in depth how trees can be useful and their role in nature. He also reveals how important trees are at all stages of their lives.

AnimalThis movie features two teenage girls who travel the world meeting scientists and activists.There are better ways to live in harmony with the wildlife.

This movie explores the complex subject of how we can connect to other creatures and how we can share the planet with them.

Subscribe to the for more animal, earth, life, vegan food, health and recipe content every day.One Green Planet Newsletter! Finally, being publicly funded gives us a greater chance of continuing to provide you with high-quality content. Please considerSupport usYou can donate!

We are more likely to continue providing high quality content for you because we are publicly funded.Click here to support us

People for the Environment – The Hindu

Sustainability isn’t just about the environment. It’s about respect.